How the Republican Party Betrays Its Own Supporters 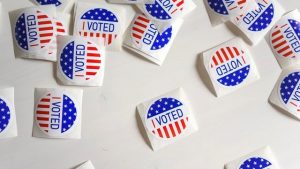 The GOP nominated a religious zealot, Amy Cone Barrett, to replace Justice Ruth Bader Ginsburg before she was even buried. Now Barrett may be confirmed before the November 3 election.

Thinking back to when Obama and Clinton and other past Democratic presidents tried to get the Senate to confirm judges they appointed, the Republican Party harped on about not doing it in an election year and blocked their right to install the judges they chose. But after they owned the White House, they convinced a sitting Supreme Court Justice to suddenly retire. (Wow—was it a coincidence that Justice Kennedy’s son was the only banker in the world to lend him money? ($300 million? Or was it billion?) While still claiming they are the ethical, “values voters,” party, they used underhanded and unfair tactics in order to get to install two—maybe three!—hard-right conservatives on stolen time.
These people do not care about us—not even their blind, deaf, dumb and dumberer supporters.

Even worse, when you look at the ideology that the Republican party leaders care about, most of their supporters do NOT actually support it. They only support a small fraction of that ideology, whether it’s lower taxes, or better commerce, or gun rights, or first amendment rights. They aren’t interested in the whole platform. There’s a very big disconnect between my friends who vote for Republicans, and what the Republican are really trying to do.

Some vote Republican just because of taxes—but the fact is, they’ll never see any of that tax savings.
Some vote Republican because they claim they’ll protect people with pre-existing health conditions—when in actual fact, they’re constantly fighting to cut back on that protection.
Some vote Republican because they’re all about the first amendment and free speech—yet all of the policy the Republicans make is restrictive; it doesn’t create freedom. It says you can’t do this, you could be prosecuted for this. Sure, the Republicans let you go out and protest—if you’ve got a gun. But if you don’t have a gun, and you confronted a Federal officer, they’re looking for you now.

A lot of my friends and acquaintances who voted for Trump didn’t understand the ramifications. They didn’t foresee the government turning a blind eye to a pandemic that could have been easily prevented (or at least controlled)—if the White House had spoken up earlier and acted like science actually exists.

The reality is that this is a HUGE problem.