Hank Willis Thomas strives for “Unity” in his public artwork at the Brooklyn Bridge.

By Martha Schwendener of they New York Times

Standing at the newly constructed intersection of Tillary and Adams Streets, near the exit from the Brooklyn Bridge, is a new, 22-foot bronze arm with the index finger pointing skyward. Commissioned by New York City’s Percent for Art program, the permanent sculpture was created by Hank Willis Thomas and is titled “Unity” (2019). Is this outstretched arm a new greeting at the threshold of Brooklyn, like the Statue of Liberty in New York Harbor?

Giant arms and hands aren’t a new thing in public sculpture. Head to Rome and you can see a giant right hand, originally from a 4th-century A.D. colossal sculpture of the Emperor Constantine. Paris has (finally) Jeff Koons’s 41-foot hand holding a bouquet of tulips, his tribute to the victims of terrorist attacks. If you visited Trafalgar Square in London in recent years, you could gaze upon David Shrigley’s “Really Good” (2016), a sculpture of a hand with the thumbs-up gesture — with the thumb grotesquely disproportionate to the hand, suggesting everything might not be supergood in Brexit-era London.

Mr. Thomas’s “Unity” is more polite than Mr. Shrigley’s sculpture. Muscular and appropriately proportioned, it suggests the arm of an athlete, echoing a smaller sculpture of an arm spinning a basketball on the tip of a finger that Mr. Thomas conceived in 2015. That work, called “Liberty. ” inspired by a photograph of a Harlem Globetrotter and cast from the arm of one-time NBA All-Star Juwan Howard, is now in the Brooklyn Museum. Over the course of his career, Mr. Thomas has created other sculptures of hands and arms, with titles like “Promise” (2016).

Sports and the black body have been in the center of Mr. Thomas’s work since he began exhibiting photographs a decade and a half ago that showed shaved heads or chests branded with Nike logos. (He also created series of photographs in the vein of appropriation artists like Richard Prince, who rephotographed advertising imagery). Mr. Thomas, who studied photography at New York University and worked in commercial photography and television, brings to attention the way products are marketed to African-Americans, as well as the historical lack of representation of black people in the mass media.

To read the rest of the article 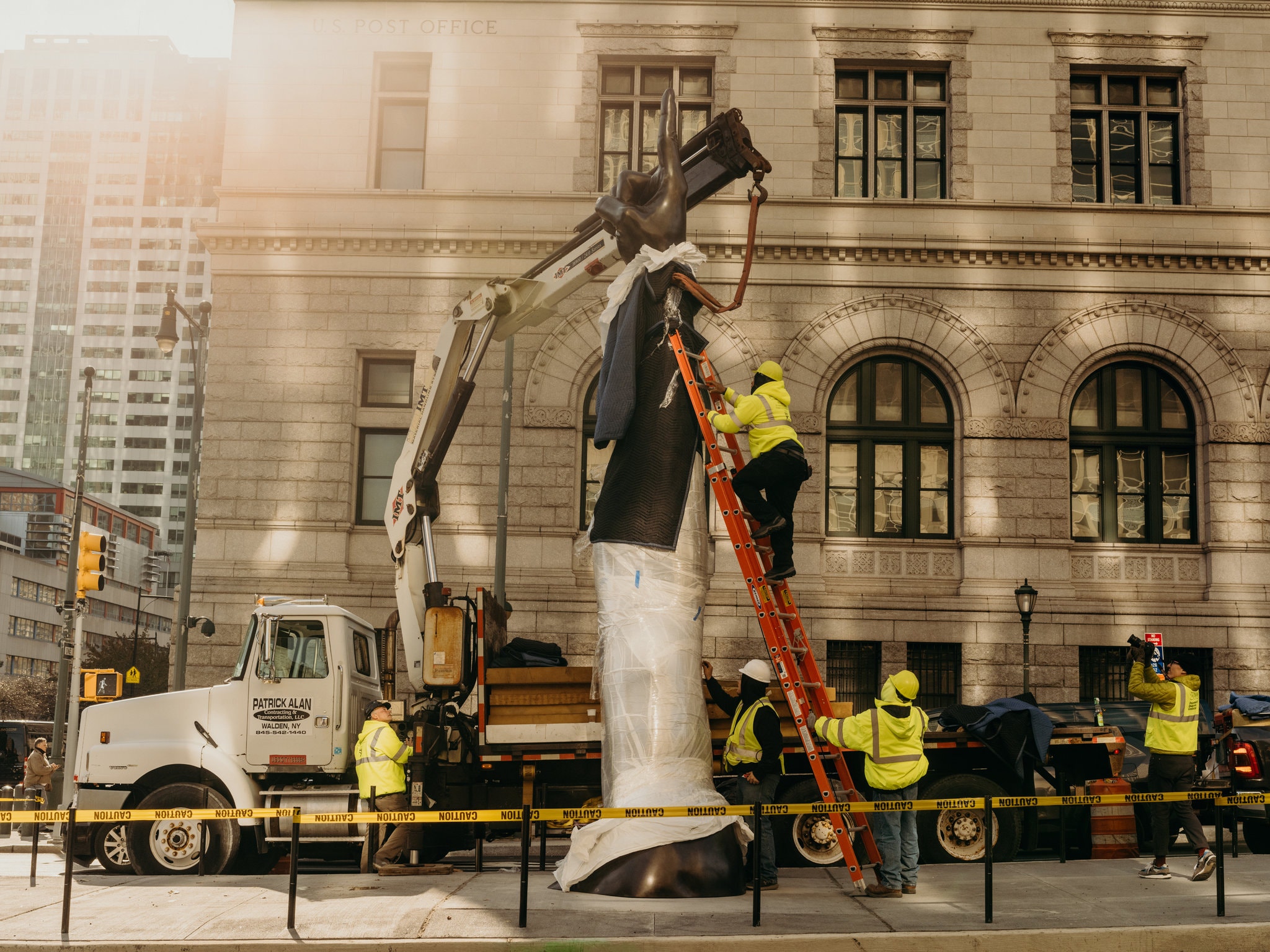